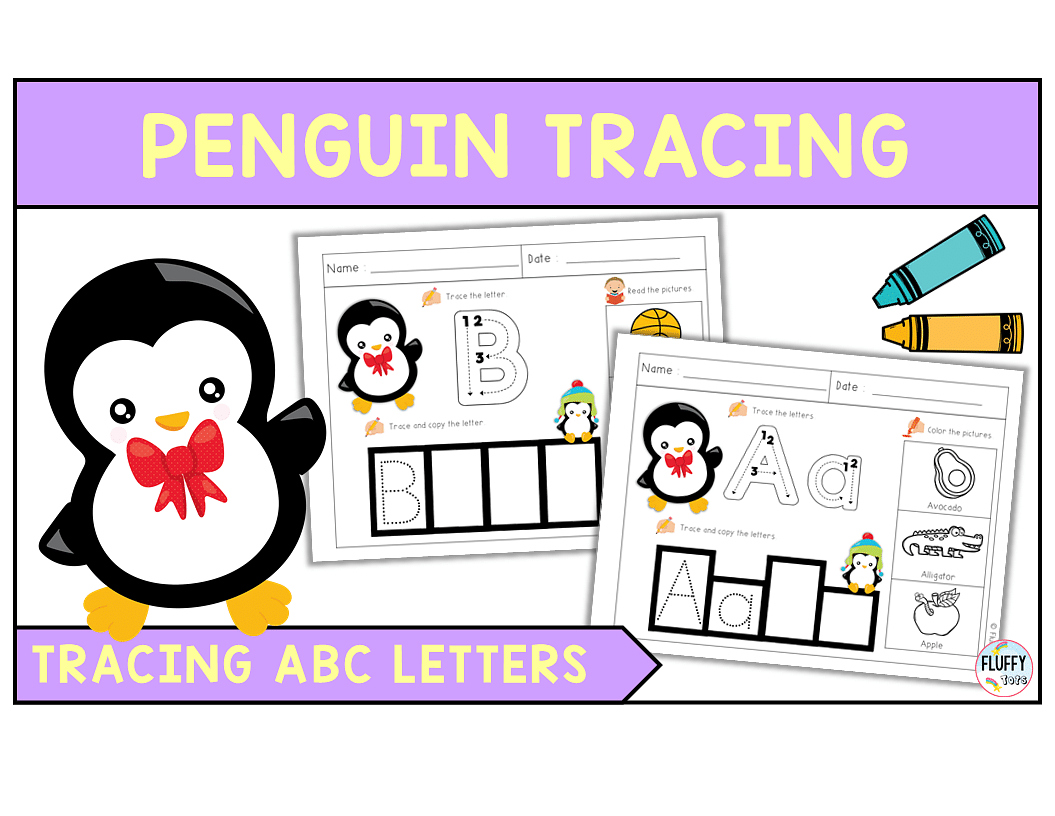 “I don’t want to do this anymore..” complained my kids every time I asked them to do the alphabet tracing worksheets.

They don’t fancy repeating tracing the same letters all over again, line by line.

I didn’t complain when I was a kid.

I wish I can say to them, “I know this practice bore you, but hey, you have to do it! Tracing letters will help you to write on your own.”

But we know kids, right?

If an activity doesn’t give them any meaning or is not colorful and fun, they won’t just buy it.

So what I did was, created our version of the alphabet letter tracing worksheet.

This alphabet tracing page has a few pictures and a variety of tracing activities.

And that’s why I’m sharing our alphabet printables with you.

Especially if your kids don’t like to do repetitive letter tracing and you wish if only there are alphabet tracing pages that are exciting.

How to Use Our Alphabet Tracing Pages

Before you scroll to grab our alphabet tracing pages, let me share a bit about how to use it.

The 3-Steps of Learning Alphabet

I found that little kids learn their alphabet letters in baby steps.

We know that letters from A to Z have 52 letters altogether, this is combining uppercase and lowercase letters.

Imagine if you have to learn a foreign language, and you have to memorize 52 different symbols before being able to read the text.

I did try to learn a foreign language, and oh boy, 10 characters are already a lot. Talk about 52? I need some fancy, exciting activities to keep me learning!

In this alphabet tracing packet, I’ve broken down the tracing into 3 simple steps.

As long as we didn’t mix both uppercase and lowercase letters at the early of learning letters, it’s fine.

Why Did I Start Tracing With Uppercase Letters

As you can see below, uppercase letters are formed with easy straight lines. Those lines that our kids start to scribble while they are toddlers.

Lowercase letters are a bit tricky because they have more curves.

That’s why I started with tracing uppercase letters, it’s because the lines are easier for little kids.

Activity #1: The Pictures in The Alphabet Tracing Pages

There are 3 pictures on each of our alphabet tracing pages.

These pictures are one of the reasons my kids wanted to trace the alphabet.

Before we begin to trace the letters, we ‘read’ the pictures first.

You might ask, but my kids can’t read yet.

That’s okay. Your little one doesn’t have to know how to read the word.

For example, in the letter A tracing page above; first, point at the picture and read with your kids “A is for avocado. Oh, A is also for apple. Do you love apple?”

Then discuss with them about the sounds that you might have heard from the words, “Can you hear the ‘eh’ sounds in the apple or avocado?”

It’s okay if they can’t hear any letter’s sound, but it’s sure fun to sing a song with them, right?

Note: ‘Eh’ here is the sound that letter ‘a’ is making. It’s simpler and more understandable for moms like me when I write ‘eh’ rather than writing /a/ ????

Activity #2: Tracing and Copying the Alphabet

Once you have done reading the pictures, have your kids trace the letters.

I used to associate the letter and the pictures.

“Let’s trace the letter that’s in the Apple words. Can you try to trace it?”

The Tracing Boxes and Lines

In the below letter A tracing page, there are big uppercase letter A with a few guided arrow.

Have your little ones trace the letter corresponding with the numbered arrow. These guided arrows are also setting an idea to them about how to construct the letter A.

Once they have completed tracing the big letter A, have them trace and copy the uppercase letter A in the given boxes.

Usually, these little practices are quite enough for the day for my kids.

But if they have the mood to practice more by themselves, they would flip the paper and trace the letters from the backside. Ha!

You can also print a few copies for your kids to trace more if they wanted to.

The last activity is about to trace the letters and color the pictures.

This only comes with tracing alphabet both in uppercase and lowercase letters. 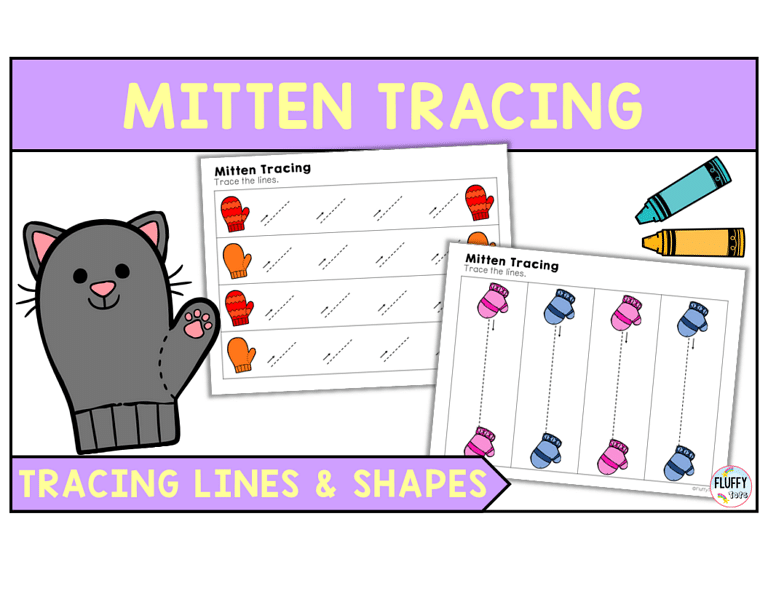 Are you looking for mitten theme activities? Whether it’s for your winter theme activities or as a companion activity for the book The Mitten, you’ll find this Mitten Tracing worksheet packet a great addition to your winter centers. Let me share a sneak peek about the activities included in this winter tracing printable pack. Tracing…

Teaching letters and numbers are pretty pressuring for my kids and me. One thing that we all know is; that kids learn best when they’re having fun. So what I do first is to ensure I’m not setting other people’s achievements as my benchmark and just go with what my kids feel best. It’s what…

Tracing letters can be daunting for kids. My kids aren’t really fond of repeating the same activity over and over again. They get bored easily. To get them to practice tracing letters, I thought of tracing the letters in various ways. That’s why I started to create the Tracing Letters packet. In this post, I’ll…

My kids used to obsessed with Happy Feet 1 and Happy Feet 2 that our heads are singing the song in our sleep! But really, Happy Feet also shares many things about penguins that made me Google about types of penguins and how penguin lay their eggs. They are kind of different from typical animals… 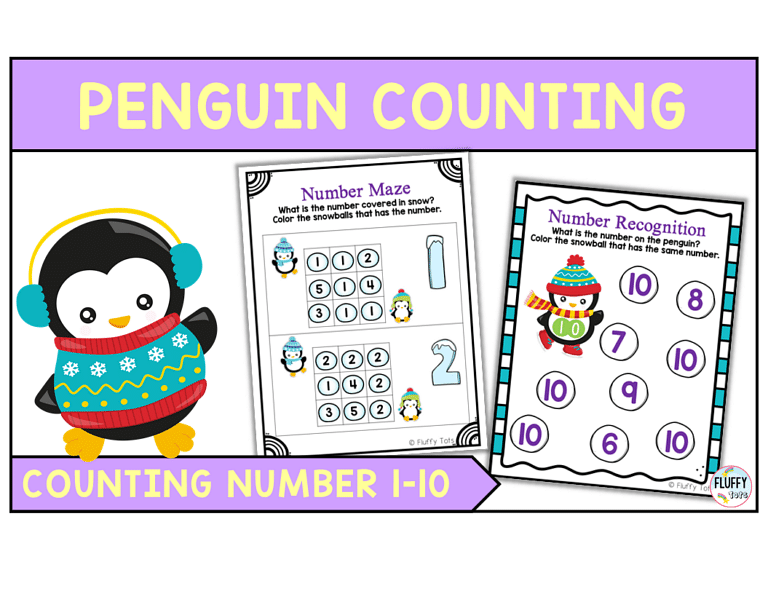 It’s all about the penguins! Winter is the best time to do penguin-themed activities, and today I’m excited to share our latest printable, the Penguin Math Activities for Preschool Pack. I created this pack with 4+ years old in mind, which means the packet is full of colors and definitely engaging! Getting Ready for Penguin…