Among the first step to introduce the ABC letters to kids, is to familiarize them with the look of all 52 ABC symbols. These include 26 lowercase letters and 26 uppercase letters.

But for some 3 – 5 years old, recognizing both lowercase and uppercase letters at once can be overwhelming and confusing.

That’s why I created this Thanksgiving Letter Maze, it introduces letters in 3 bite-sized steps.

To make it fun, Thanksgiving Letter Maze is created to be about helping the turkey to find its friend. Kids love to feel that they are helping or contributing to something!

How to Use Thanksgiving Letter Maze

There are 3 sets of Letter Maze in this packet.

Focusing only on Lowercase Letters, or only on Uppercase Letters helps to avoid overwhelming little kids with too many letter symbols.

Let me share with you a sneak peek of the Letter Mazes.

This activity is about lowercase letter recognition.

Have your kids identify the letter in the black flag at the corner, and find & color similar letters.

Don’t forget to color the pictures as well!

This activity is about uppercase letter recognition.

Have your kids identify the letter in the black flag at the corner, and find & color similar letters.

The pictures are to help your kids remember better how the letters sound.

For example, the letter ‘a’ has ‘apple’ pictures. This is so that preschoolers can remember the letters easier because it gives them meaning; the letter ‘a’ is for apple, and the letter ‘b’ is for banana, and more.

Gradually introduce your kids to the Uppercase-Lowercase Letter Maze.

Later slowly introduce your young learners to the letters that look totally different for their uppercase and lowercase, such as the letter A, or the letter B.

The way I tell my kids is, the uppercase letters are the mom & dad of the letter, and their lowercase is the baby of the letter.

Some babies look similar to their mom & dad, and some look totally different; so does the letter ABC.

To make it more fun, let’s make a competition between your kids; who find all the letters first, win the game!

Routine can bore kids easily. To make things more interesting, it is recommended to change the activity’s ‘tools’ once in a while.

Instead of coloring the letters in the Letter Maze using crayons, you can also give your kids other ‘tools’ to mark the letters.

Other ways to mark the letters can be:

Or use toys or manipulatives to mark on the letters.

For example, put these on the letters:

It will be so much fun! 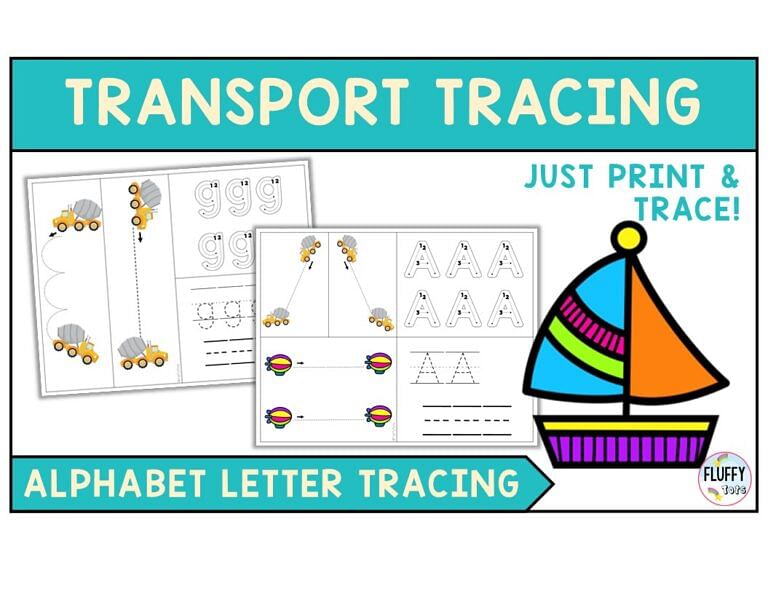 Are you looking for a fun step-by-step letter tracing worksheets activity for your kids? Your kids will definitely love this Transportation theme letter tracing activity. Let me share with you a bit about the activity. Step-by-step Letter Tracing Worksheets My little ones often get confused about where to start tracing the letters. Or they’d find… 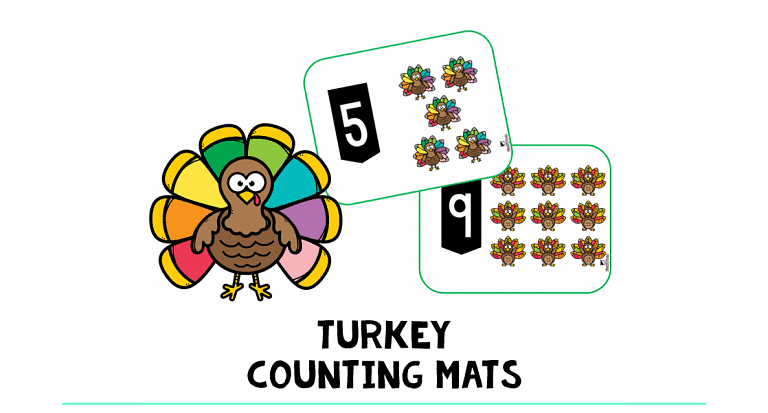 Every kids has different learning method and move at different phase. All of my kids learn differently and at their own pace. For Hannah, my 4-years old, it’s kind of quite tricky at first to teach her the number words. She knows the word for number one, two and three. But yet to get the…

Halloween is happening doesn’t matter if it is pandemic or not! The difference is, how we as parents and teachers looking for pivot ways to make this year’s Halloween as fun and as memorable as our kids can have. We might opt-out trick-or-treating, but we won’t ever opt-out F.U.N! Today I’m sharing with you one…

Holiday vibes are one of the best things when it comes to lesson planning. Because at these times, your kids are filled with excitement. They’ll be in the perfect mood to absorb anything with Holiday-theme. If you’re doing tracing practice with your little ones, this Thanksgiving-themed tracing packet will get your kids jumping in excitement….

Keeping the kids engaged when the holiday season is around the corner is like walking on a tightrope in the air. It’s tricky. Good news is you can use the Holiday as a theme to grab your kids’ attention at once. Since it’s turkey season, so let’s do some turkey stuff with the Thanksgiving Activity…

Teaching letters and numbers are pretty pressuring for my kids and me. One thing that we all know is; that kids learn best when they’re having fun. So what I do first is to ensure I’m not setting other people’s achievements as my benchmark and just go with what my kids feel best. It’s what…